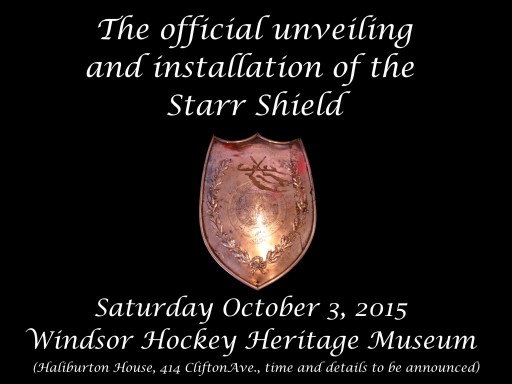 Oct. 3, Windsor Nova Scotia, The Windsor Hockey Heritage Society has announced it will host an official Star Shield unveiling and installation. The Society was successful in securing the shield late this summer which had been presumed lost in a fire in 1947 – 1948.

Each of these historic trophies was regarded as the ultimate reward for Maritime senior hockey between 1905 and approximately 1964. The 1924 Shield was recently discovered by dedicated hockeyist historian David Carter and subsequently secured through the successful efforts of Society members.

More details on the official ceremony will be announced shortly.