From Bully to Face-off 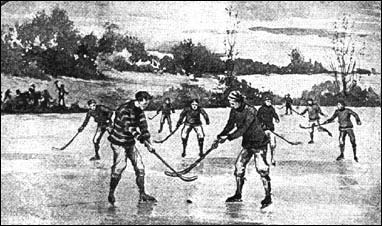 Games of Ice Hockey had always begun with the placement of the puck in the centre of the ice.

On the signal by the referee, who rang a hand-bell, the opposing forwards would perform a maneuver known as the “Bully”.

That consisted of whacking the ice on their own side of the puck three times, then striking each other’s stick above the puck and then scrambling for the puck. A cumbersome way to begin a game, it went on, nevertheless, until the game reached Winnipeg on its journey across Canada.

It was there that a significant change took place, for the Winnipeg players invented the “Face-Off”, where the referee dropped the puck between the players stick blades, as a much quicker and easier way to get the game underway.