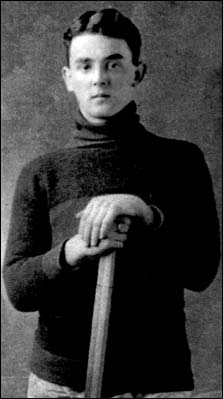 H. Carleton Smith was born and raised in Windsor, N.S. and gained provincial fame as a hockeyist as he played for King’s College in Windsor. In 1921, the King’s College Ice Hockey Team travelled to Boston to play games with Harvard University and Boston Tech, as well as Dartmouth College in New Hampshire. Shipping had gone on between the ports of Windsor and Boston for decades, but that was the first time that a team had travelled that far from the province to play Ice Hockey. Ice Hockey spread from place to place across the country in the early days of the game, particularly as a result of intercollegiate tournaments.