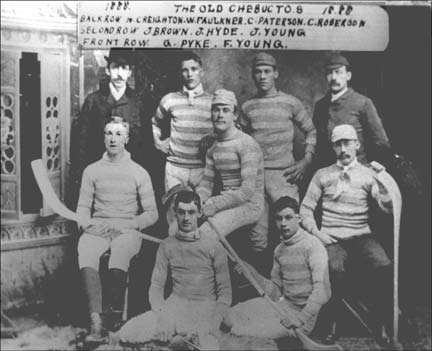 The Dartmouth “Chebuctos” Ice Hockey team travelled by train to Quebec in 1889 to play a tournament with the Quebec City team.

The Chebuctos introduced the Quebec City players to the Ice Hockey Rules of Nova Scotia which allowed forward passing of the puck.

The Quebec team introduced Goal Posts to the Nova Scotians who were still using rocks as posts. 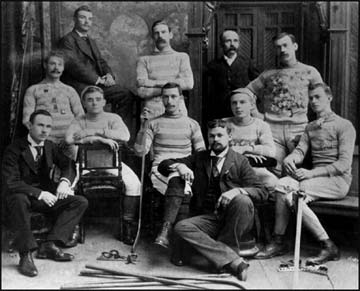 Following these games, played using Montreal Rules for some games and Halifax Rules for others, standardization was found to be desirable. Thus ushered in a new era in Ice Hockey history.