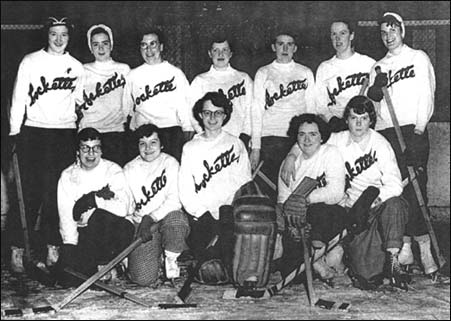 Having played high school hockey, they formed a “town” team and played with similar teams in Annapolis Valley towns, merely for the love of the game.