Thank you for your interest in our Birthplace of Hockey Museum.

We’d love to have you visit with us to view  and experience our wonderful collection of hockey history and artifacts from the beginning, evolution and development of ice hockey circa 1800 to present day. 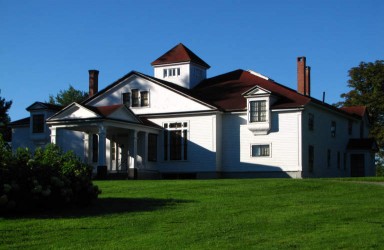 The Birthplace of Hockey Museum is located in the provincially run Haliburton House. This provides our collection and our visitors with many benefits.

Bus Tours, schools and larger groups are encouraged to contact the museum for more specific details.

The Trophy Room is one of the most popular attractions for all hockey fans. The Birthplace of Hockey Museum is fortunate to possess  the Starr Trophy – one of the first of its kind, and a predecessor to the Stanley Cup. 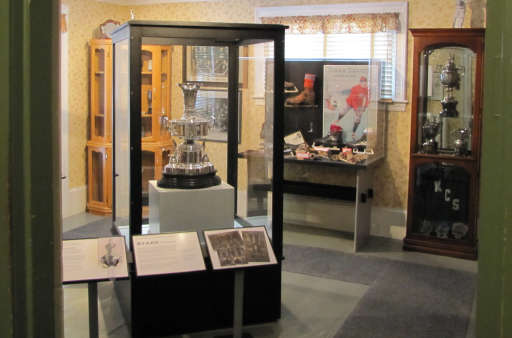 Starr Trophy proudly on display at the Birthplace of Hockey Museum

We are now privileged to serve as host and home   to both of the original Windsor Citizen’s Trophies from 1900 and 1903.

The history of the trophies contained in the museum often involve interesting stories. The museum is fortunate to have the skilled and experienced resources of Nolan MacDonough, who will guide you while providing the details and background information that accompany each of the artifacts contained in the Birthplace of Hockey Museum. 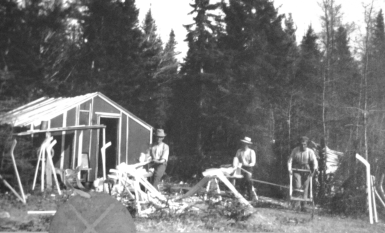 From the origins of the early Mi’kmaq communities, the roots of hockey is reflected in the people who played the early verions of the game and in physical tree roots of the hornbeam or the yellow birch used in the carving of the sticks of the sport.
The roots of these particular trees served as a  resource for the highly skilled Mi’kmaq craftsmen and carvers who were recognized for their skill in making some of the best hockey sticks in the land. 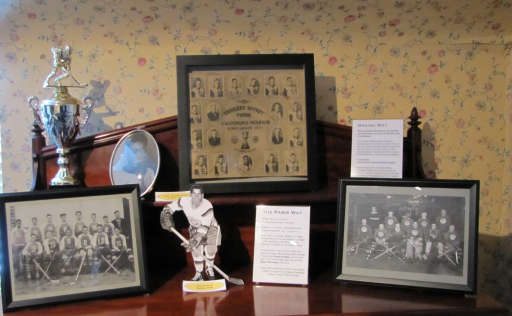 History shows us that Mi’kmaq sticks were so respected and sought after that they ordered and shipped them across the country.  Additional information on the Mi’kmaq contribution to the game can be found in Research and History.

The Colored Hockey Chamionships of the Maritimes:

The practice of racial segregation was prevalent at the time of hockey’s early development. During this era the black hockey players were prevented from participating on the same team or in the same league as the white players.

The black community would not however be deterred. They formed the Colored Hockey League of the Maritimes in 1895.  With highly skilled teams, the league and its players flourished enjoying significant achievements and attendance that exceeded the white leagues.

On the local scene our museum’s collection is fortunate to have a collection of artifacts from the Paris family of Windsor beginning with John “Buster” Paris (1930’s) and later with John Paris Jr, Mike Paris and Percy Paris. Greater detail on their contributions to the sport can be found in the Research and History section. 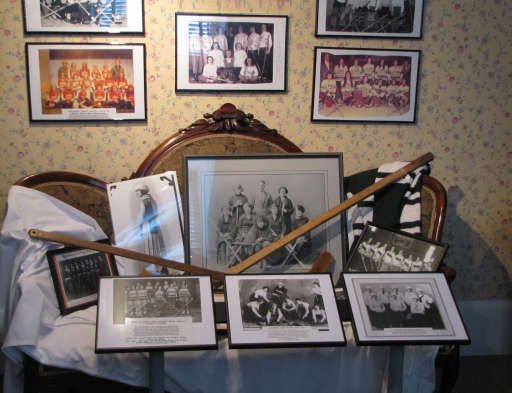 Early women’s hockey teams, with Windsor being home to one of the first women’s teams in 1898

The earliest reporting of women playing the game of ice hockey in Canada was reported in the 1890’s which is when the Windsor Women’s League began.

As with the norms of the day women were still required to wear dresses when playing.  For this reason it was postulated that they possessed an advantage when playing in the goal.  Artifacts available for women’s hockey teams at the Birthplace of Hockey Museum include photos, documents and replicated post cards from the early 1900’s.   Additional historical details of the Women’s leagues can be found in Research and History.

How many of us as children wondered on our way to a game, “…what is the chance…?” “Will we get a view from the hallway…just a peek in the door to see our favorite player or team?” If we were really lucky, perhaps we saw them lacing up their skates, putting on their gloves or taping their stick.

All rinks and team rooms have their own character and personality. The Locker Room of the Birthplace of Hockey Museum provides its best to stir your memory and sense of being there in the old dressing room of great teams and players.

The gear and uniforms, sticks and equipment are presented for the delight of your own imagination.

Here we have a view of the history of hockey through a locker room’s doors.

Complete with the skate sharpener’s grinder, a pair of original shin pads, sausage-finger gloves and an image of a local hero and NHL player “Doggie Kuhn”.

For many a trip to the attic can conjure up images of trunks and boxes as well as odd unpacked items from days gone by. It is that place where you go looking for lost, forgotten or stored ‘things’ that you just don’t use so often anymore.

The attic of the Birthplace of Hockey Museum is just such a place. It serves as a host to some of the hockey treasure from early teams in the late 1800’s to more modern memorabilia of our recent past. 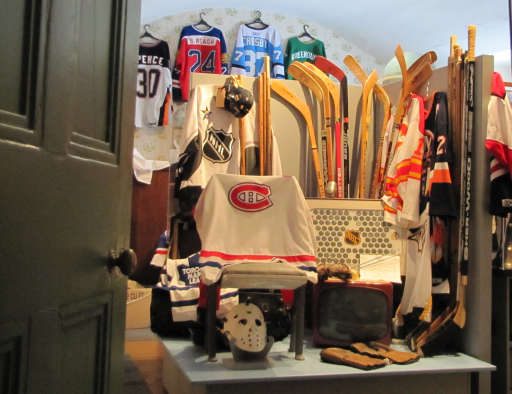 On initial entry into the Attic you are immediately greeted with a blend of hockey’s most recent past.

A barrel of sticks, older goalie masks, and NHL items are outlined with by the back-wall jerseys worn by local greats that played on the local ice and even abroad.

Who doesn’t remember listening to the play-by-play on the radio when local television wasn’t broadcasting the game? Perhaps it was overtime on a school night and your parents just couldn’t let you stay up any later.

Turn the dial – volume on low – can’t get caught listening under the covers. Hockey cards in hand, find a channel without static to hear the excited play-by-play.

And don’t forget to stop by the Gift Shop for our selection of shirts, hats, sweaters, postcards, and other Birthplace of Hockey merchandise. Because we are a non-profit, items purchased support research and operation of the museum. Donations to the museum are gratefully accepted. 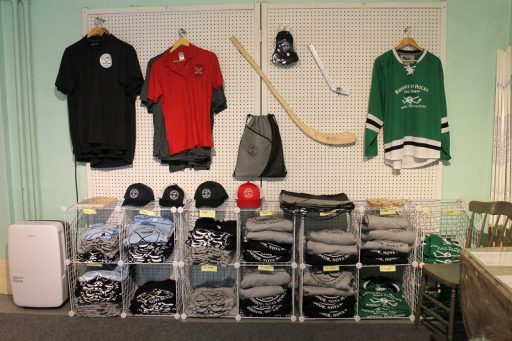 Please come visit with us and view some of the terrific artifacts and history from the beginning, evolution and development of ice hockey circa 1800 to present day.

The Birthplace of Hockey Museum is located at 424 Clifton Ave, Windsor, NS, as reflected in the Google Map image below.