The birthplace of Hockey and the Windsor Hockey Heritage Museum are host to many guests and visiting groups throughout the year.  Conveniently located in the Haliburton House Museum, visitors to the hockey museum can also see the Thomas Chandler Haliburton’s Clifton House at the same time.

A selection of some of the guests to have visited the museum can be viewed below.   If you are planning a group tour or visit its a good idea to call ahead to be certain the museum is open or that it is not booked-out for a special event. 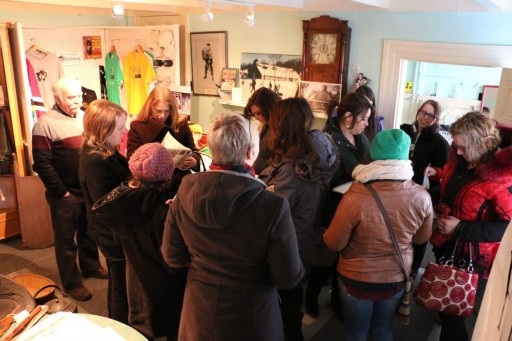 On Monday Jan 26th, the students from the first year business class at the Nova Scotia Community College in Kentville made a visit to the Windsor Hockey Heritage Museum.  The group of students were lead by Professor Tara Laceby with all treated to a tour by the society president, David Hunter. As part of their studies of Nova Scotia heritage, the group sought to visit the museum to gain a greater understanding of the role hockey has played in our heritage and specifically to better appreciate the role of Windsor as the Birthplace of Hockey.

On Sunday Jan 25th, the Valley Wildcats had an odd weekend off so they took the time to visit and tour the Windsor Hockey Heritage Museum. 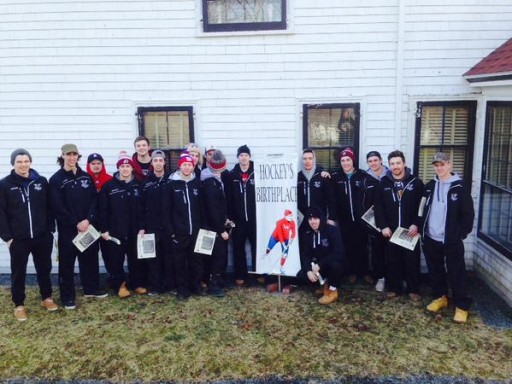 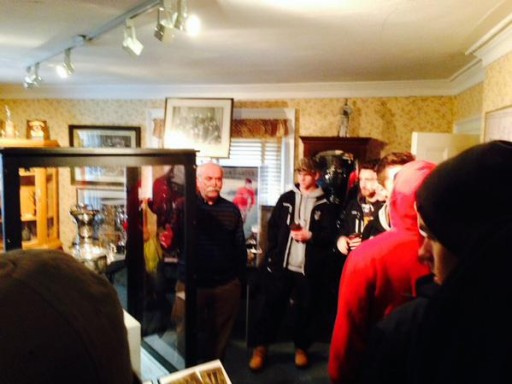 Following an enjoyable and educational tour of Windsor’s proud hockey history, they then proceeded to Long Pond where they intended to hold a practice session.

On Friday Dec. 12, 2014, A group of the NHL Alumni team paid a visit to the Birthplace of Hockey’s Windsor Hockey Heritage Museum as well as to Long Pond – the Cradle of Hockey. 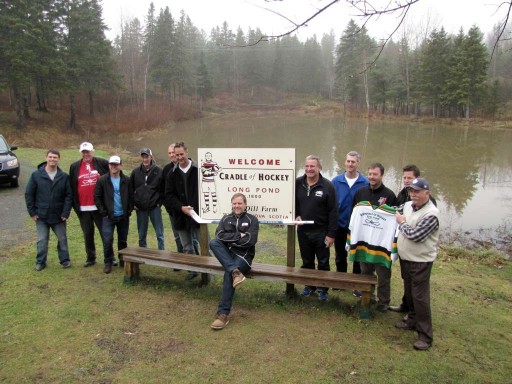