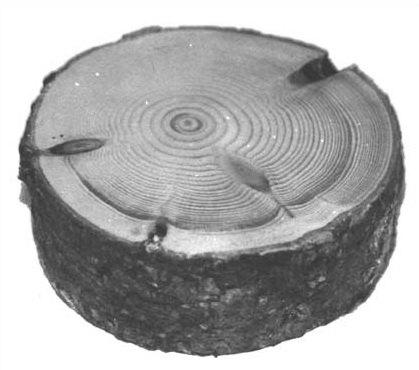 The word ‘puck’ means ‘to strike’. In Ireland, a ‘puck bird’ is a robin-size bird also called a ‘goat sucker’ that dives down on goats and strikes them on the back with its beak.

The term “puck” as used in the game of Hurley, refers to hitting or striking the ball with the stick.

Following a foul, the opposing team is allowed a “puck-in” from the side-line.

The goal tender is allowed a free “puck-out” with his hand to a team mate following the scoring of a goal.

Players new to the game who practice handling the ball with a hurley stick are said to be “pucking around“.

The Hurley Ball consists of a cork ball covered with leather with seams stitched to the outside, unlike a baseball which has seams stitched inward. The ball used in Scotland’s field game known as Shinty is similar to the Hurley ball but smaller in size.

The Hurley Ball was used as Ice Hurley began in Nova Scotia but, because a ball is largely unmanageable on ice, it was soon replaced with a flat wooden puck as the game evolved into Ice Hockey. Ice Hockey is the only game that uses a “puck”. There is documented evidence that Nova Scotians used wooden pucks from at least the 1860s and likely before.

As Nova Scotia’s game of Ice Hockey was adopted in Montreal in 1875, a wooden puck was used in the earliest games.