Ice Hockey is Canada’s great winter game and Haliburton’s quote is the earliest known reference to a stick-ball game being played on ice in Canada. Nova Scotia’s newspapers chronicle the development of Ice Hockey from Ice Hurley, between 1800 and 1850, thus designating Windsor as the birthplace of Ice Hockey. With boys attending King’s College School from all over the British Empire, it was only natural that once the game of Ice Hurley got underway, graduates of the school would spread love of the game far and wide.

Many of the students attending King’s College in Windsor, N.S. were from the nearby Halifax-Dartmouth area. During the 1800 – 1850 era there were many accounts in the Halifax papers of the game being played on Halifax’s North West Arm, the Dartmouth Lakes and the frozen inlets of Halifax Harbour which lies between the two towns. Many of those games involved members of the military and new immigrant Irish workers. 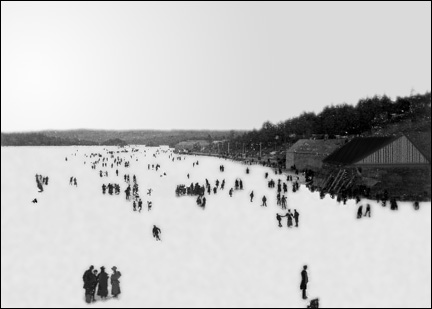 Skatists on the Dartmouth Lakes in 1800sEvidence of the spread of the game is to be found in the 1830s papers of Pictou County, some two hundred miles away. Accounts of “Break Shins” and “Hurley” appear which indicate that interest was growing from place to place about the province.

By 1865, accounts appeared telling of folks in the Fredericton and Saint John areas of the neighbouring province of New Brunswick playing the game on Lilly Lake. All areas mentioned had students attending King’s College in Windsor. They also were visited regularly by members of the military who travelled between the forts at Windsor, Halifax and Fredericton.

Not until 1872 did the game get to be played outside of the Maritimes. At that point, a young graduate of Dalhousie University in Halifax, James George Aylwin Creighton, moved to Montreal and was responsible for teaching new friends there how to play Ice Hockey. As a result, Montreal’s citizens got to see their first game of Ice Hockey played in Victoria Skating Rink on March 3, 1875. 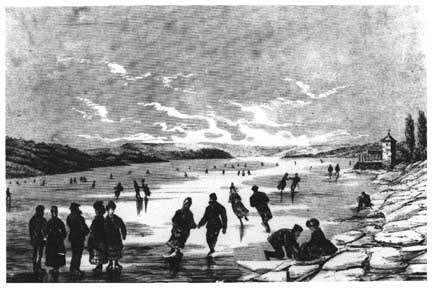 Skatists on the North West Arm 1800

Skatists on the North West ArmWinter Sports.- ‘The weather, during the past week or ten days, has been delightful; generally clear, with an unclouded sky, and singularly moderate for the season. There has been excellent skating upon the head of the North West Arm, and large parties of our Townsfolks and the Military, have enjoyed, during several afternoons of this and the past week, the healthy and spirit stirring game of Wicket.”Note: The influence of the game of Cricket on the evolving game of Ice Hockey was evident as it was often referred to as Ricket and Wicket as well as Hurley for years before it took on the permanent name of Ice Hockey.

Note: Not everybody liked Ice Hockey as it began to develop in Nova Scotia. Many felt that field games like Hurley and Ground Hockey should remain on the fields, and not be adapted to ice. Skating was very popular at the time, and there were not yet indoor rinks available for skating. ‘Skatists’ appeared on lakes and ponds by the hundreds and did not enjoy having ‘Hockeyists’ darting about, shooting wooden pucks and spoiling the tranquility of a nice afternoon’s skating session.

The Young Men of Halifax: “We have long held the opinion that the young men of this city are second to none in the world of energy, skill and daring, in all manly games and exercises… Often have we been led to express the same opinion, when the bat laid aside, skates strapped on, and hurley in hand, the ball is followed over the glassy surface of the lakes, which ring to the skates’ heel….”Note: The stick used was simply called a “hurley” and later a “hockey” as opposed to a “hurley stick” or “hockey stick”. Early versions of skates, called “Block/Stock Skates” were strapped to boots. The ‘bat laid aside’ refers to both Rounders (developed into Baseball) and Cricket, both of which were common stick-ball games of the day along with hurley.

A visiting journalist from New England wrote a piece about Winter Sports in Nova Scotia telling of the marvellous skaters and describing the new game played on ice called Ricket, Hurley or Hockey. The editor of the paper added a note saying that he had sent to Nova Scotia for a set of hurley sticks so that the game could be tried in the Boston area. He pointed out that Nova Scotians were then referring to the sticks by the name of “hockey”. Actually, the game at that time was referred to by interchangeable names, Hurley and Hockey, and a stick used to play the game was likewise called a “Hurley” or a “Hockey”.

‘…If we turn towards the country, we are at once struck by the almost total absence of stone throwing boys, upon whose characteristics and mode of life we remarked in a former article. What has become of them? The nearest pond answers this question; they are playing hockey on the ice and occasionally mimicking the mistakes of such among their betters as are not quite at home on skates…’

Note: This article was written in 1864 and shows that Ice Hockey was being played in Nova Scotia at least eleven years before it was first played in Montreal on March 3, 1875

“Hockey ought to be sternly forbidden, as it is not only annoying but dangerous. In its right place, hockey is a noble game, and deserving of every encouragement, but on the ice it is in its wrong place, and should be prohibited.” 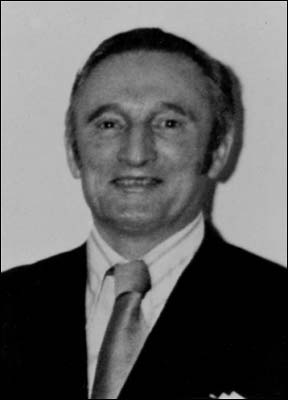 The above noted newspaper accounts are from the Nova Scotia “Journal of Education” Vol.14, #4 June 19, 1965, as compiled by C.Bruce Fergusson.

On March 3, 1875, Henry Joseph, an outstanding Montreal athlete, played in the city’s first public game of Ice Hockey along with his friend J.G.A.Creighton. In an interview later in life, he told reporters that Creighton was the “leading spirit” in the introduction of ice hockey into Montreal and added that he “could not recall seeing hockey sticks in Montreal before that time, nor anybody playing hurley on skates”. Finally, Joseph said that ” to Creighton should go the credit for the origin of ice hockey in Montreal”.

Dr. A. H. Beaton, secretary of the Ontario Hockey Association, wrote an article describing Ice Hockey. “Nearly twenty years ago,” he wrote, “hockey, as a scientific sport, was introduced into Upper Canada from Nova Scotia, the latter being the indisputable home in Canada of this game.”